Skip to content
Previous: 'River of Crumbs' Next: 'Episode 74: The Death of the Personal Essay, Hounds of Love and Spirit Animals' 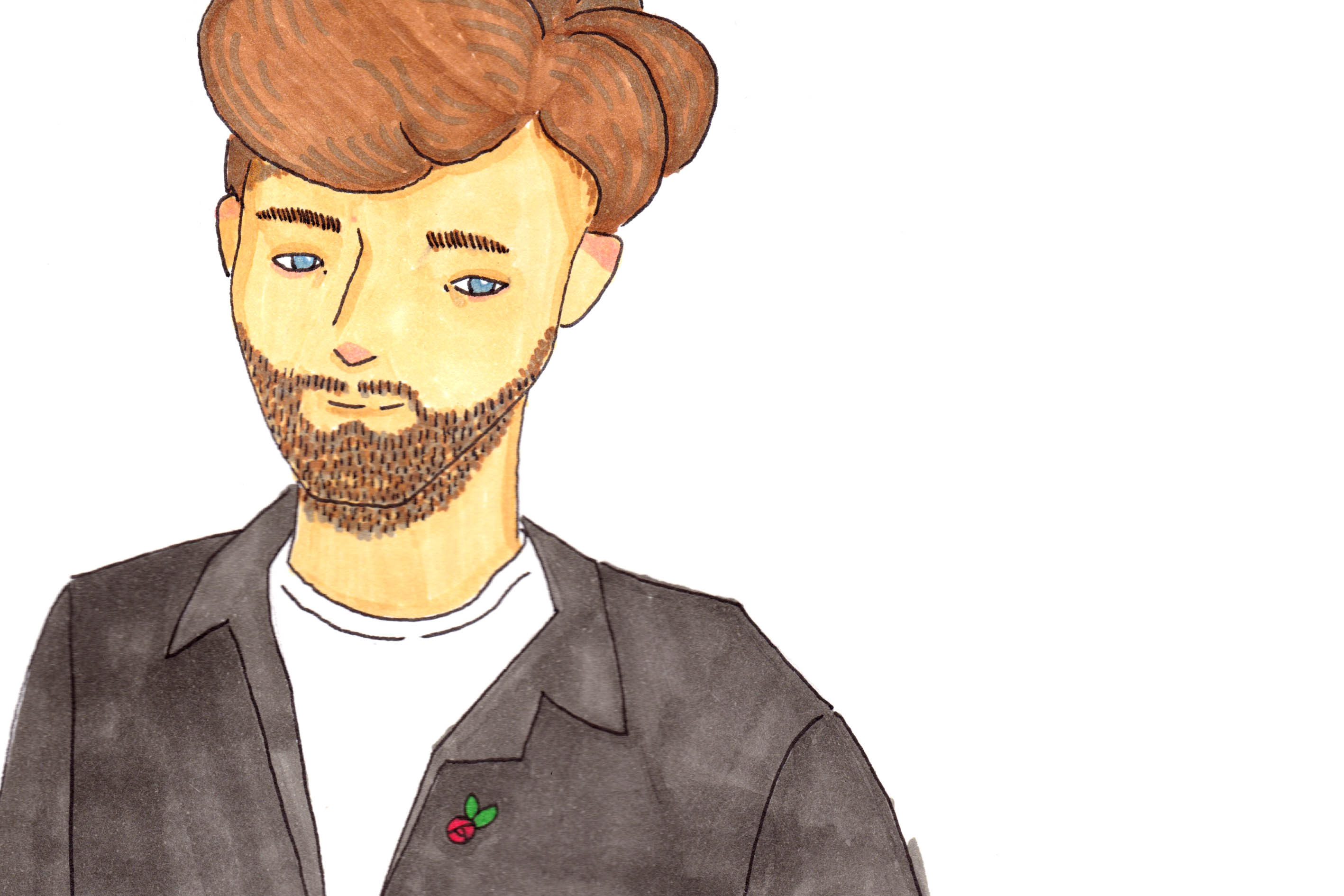 My father wrote in depth about the southern Victorian landscape. It features in each of his four novels, both of his short story collections and in his essays and non-fiction work. The shifting coastline of Western Port Bay’s marshy north and the drained swamps of West Gippsland captivated him.

Dad was fascinated by maps, but I honestly believe he wanted to engage with areas like Gippsland because they could not be contained by one.

In Soundings,1 he reveled in ‘the gaps on maps, vast stretches of water where there should be land’. His characters are drawn to bays that change shape, ‘rising and falling with the swell or taking on the distortions of maps drawn with another land in mind’. After he died, I started to see a connection between these transforming landscapes and the new relationship I had with him, through his words. There are many clichés of grief, but that which compares it to a tide was one that resonated; it revealed new things to me each time it receded.

Using points mentioned in his books, I drew a line around the coast of Victoria. It wasn’t the kind of map you could hold but rather one forged through experience. Only a handful of people could draw that line: Mum was one of them, my sister could, maybe Dad’s best friends.

Some of these locations sit only on the precipice of existence, but I considered them real enough to try and reach. With an annotated stack of his books and the keys to his 4×4, I began to follow the line. Some of the points were obvious, mentioned by name or described in such detail that with the smallest amount of research most people could find them.

The line begins in East Bentleigh, on the outer limits of 1960s Melbourne suburbia. It’s a place I only know from the bedtime stories Dad regaled us with as children: already this map has transcended time and space. In Neary’s Horse,2the anachronism of a horse hemmed in by urban development gave me a childhood understanding of the land as it once was. It was a time when flower markets and paddocks hugged suburbia, open spaces that were soon to be ‘buried beneath a vast, unbroken crust of brick veneer and concrete that would stretch to the distant hills’. Indeed, by the time I entered this world there were few remnants of an agrarian existence in Melbourne’s south-east.

The line hugs the coast of Port Phillip Bay, extending past the mouth of the Patterson River where, in The Velodrome,3 a cyclist ‘opens his mouth wide to take a gulp of air and instead takes the hook, the worm, the nylon line, the taste of salt’ of a fisherman standing on the bridge. I have crossed this bridge a thousand times in my life, by train, car and bike. More often than not I think about this scene as I cross it, so vivid is the image burnt into my memory. The Velodrome is the only of Dad’s books I read as a teenager; there was a scene of intimacy in it that I wasn’t ready to believe came from Dad’s experience and I was scared of what his other books might hold. My sister was right, it felt like you were reading his diary.

Reading Dad’s work after his death was different to how it was during his lifetime. There was still a sense of voyeurism but it was closer to a door being left deliberately open than peering through the keyhole. The contours Dad described formed lines that shifted with my emotions. While the French fruitlessly mapped the shifting channels of the bay in Soundings, my head swirled with memories of my parents. As Dad mapped, I responded, pinpointing locations in my mind. But these were rarely constants and they became different places as I reread passages. Dad’s work is steeped in fact but it was his subjective voice that guided me. His words gave me the only kind of map that allowed me to be lost in his world: one that was incomplete and tidal.

I continued following his line beyond the town my parents raised me in, to reach ‘Motel Morning Star’.4 No motel by this name exists, but a lonely highway-side motel does overlook the Morning Star Estate winery at the top of the Mornington Peninsula. It was here, in his story, Dad wrote of a man incapable of loving. As I watched a flock of birds swarm around the column that once bore the weight of the Virgin Mary, it seemed ironic that we’d tried to host the service for our parents here.

It was deep within Dad’s landscape – somewhere around Cannons Creek, at the northern reaches of Western Port Bay, where the mangroves are dense and estuaries cut into the soft earth – that I realised I wasn’t just following the map Dad had written but was literally following his footsteps.

My earliest memory is from 1991, the year Dad was writing Soundings. I was almost three and we were holidaying in Inverloch. To get there we would have driven this very same route, from our home on the Mornington Peninsula, around the arc of Western Port Bay, through the swamp of Koo Wee Rup and down through the pastoral land of South Gippsland. I remember dropping a red metal fire truck on my toe and bursting into tears. It was hot and a fishing rod stood upright against a wall.

Soundings’ protagonist, Jack Cameron, drove the same road, though it’s not obvious from the story. Not all the place names are marked, but there were places I could identify, like the general store at Stony Point ‘with a window looking back to the shore’ and the view of French Island across the bay.

There were places I misidentified, which to me is a big part of the allure of non-conventional maps. With no concrete points to arrive at, the restrictions of time fell away. I took dead end streets to coastal settlements without their own postcodes, walked deep into seasonal lakes and found myself in Inverloch, a point that I’m now fairly confident Dad never wrote about.

In Soundings, Jack Cameron frequents a pub that sounds idyllic. I wanted to find its long, empty bar and sullen bartender; I wanted to sit by the creek that ran behind it as fishermen departed for sea. I’d convinced myself the pub was in Inverloch, wanting to believe it was that trip as a toddler that had inspired the passage. But before I reached the doors of the town’s two underwhelming pubs (neither worth going in for a pot) the penny had dropped. The pub Dad wrote about is ten minutes from where I was born. It’s a hideous pub, the kind men destroy lives outside of, although probably the best of the three on the intersection.

For Dad’s last published work, an essay for the Griffith Review, he was back on that same road, this time on his way to Cora Lynn. According to a conventional map, Cora Lynn has little to offer beyond a football club and a convergence of drains. But this was a place my father had written before – much of Soundings is set around Five Mile Drain, a late nineteenth-century settlement that eventually succumbed to the Koo Wee Rup Swamp’s constant flooding. Dad was there to cycle the swamp’s landscape. He wrote, ‘Cycling a landscape, like writing it, is essentially a contemplative act.’ This time he was mapping it with his wheels, but more than twenty years before, he had come to map this landscape with his words. In Soundings, the swamp is mapped with a spade as drains are cut to transform it into land. Dad felt that you had to experience a place for it to exist, something that the bike, the pen and the spade all afford the geographer.

I could have extended the line deep into Gippsland, to the Tambo River and the network of lakes that it feeds, but I wanted it to end at Wilsons Prom; I’d been driving for three days and during that time Gippsland had experienced more rain than it usually does during the whole of July. Besides, this part of Victoria has a history for my family of producing things we didn’t know we were looking for.

In The White Woman,5 an expedition sets out to search for something that may or may not exist – a survivor of a European shipwreck allegedly taken captive by the local Indigenous people. As the expedition rounds the Promontory you start to realise that it’s an expedition fuelled by hope and fear rather than fact. It was something I could relate to.

I drove into Wilsons Prom with tears on my face. The dawn sun threw a warm glow on the tea tree lining the road, while a pair of kangaroos stopped to look at the passing car. It had been years since I was last here but it remained my favourite part of Victoria. Nowhere seemed more fitting for my father’s line to end, for it was here that my parents were first in the same place – Mum, a teenage hitchhiker, and Dad, a young surfer driving through the Prom with his best mate.