Skip to content
Previous: Episode 38 of 'The Garret' Next: 'Breaking the Mould' 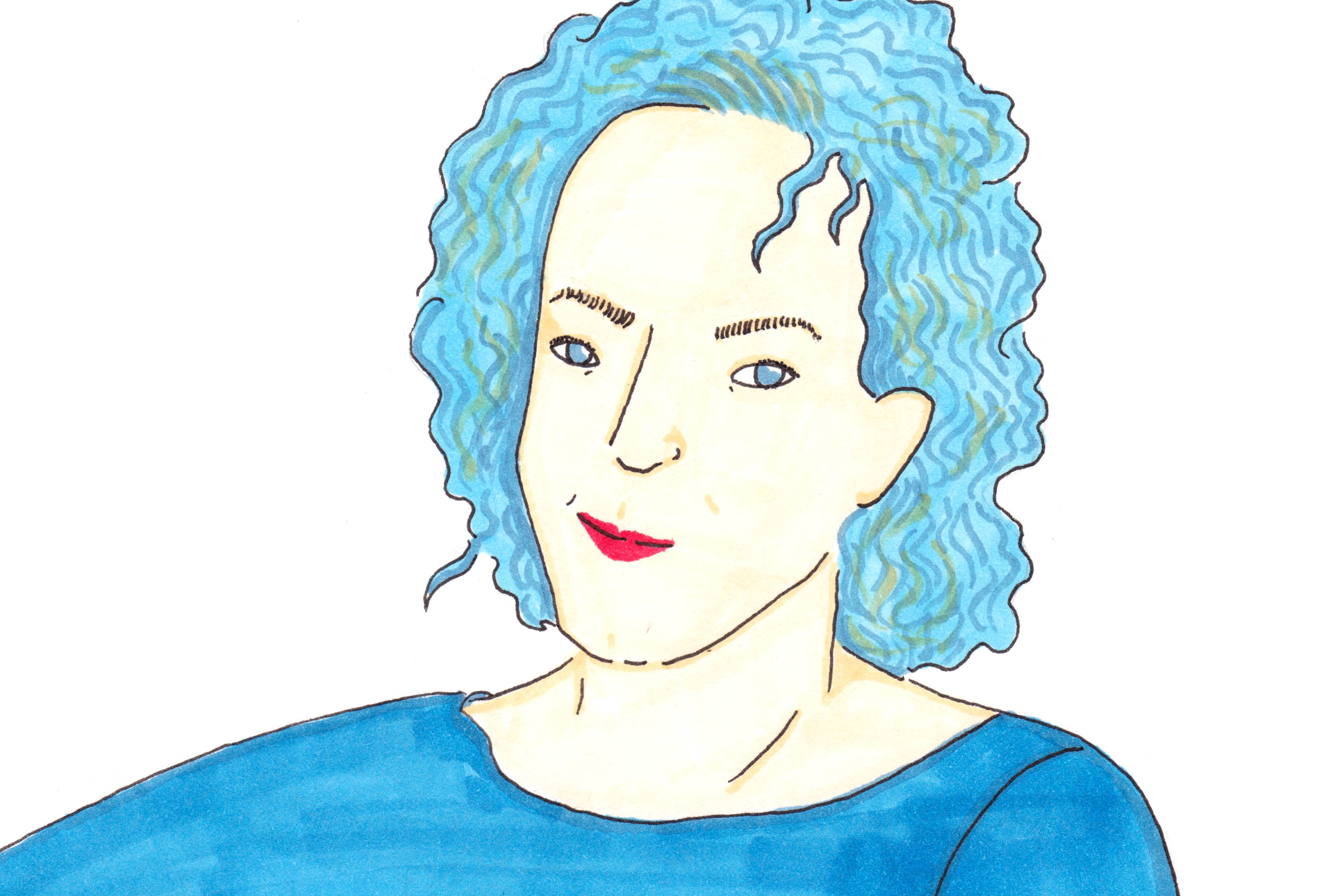 He felt it first when the horses shifted and cried. They had been muttering among themselves all day, but this was different, a note of panic in it. The horses aren’t yours to care about, George, he reminded himself. He went from cabin to cabin and collected the crockery and cutlery smeared and encrusted with an early dinner, the passengers getting ready for bed.

Jupiter. He’d heard them call the horse Jupiter. He could hear the horses nickering and wondered why it was that everything felt a little off. I’ll leave this cleaning just one moment, he thought, and go below. I’ll just make sure someone is attending to them and then I’ll return to the galley.

‘Jupiter.’ He breathed the name out because there was no one there, only the six horses and George himself. ‘Jupiter,’ but no horse turned his head to look. He didn’t know which among them was the famous racer. They were shuffling still, something anxious about them. He told himself, You know nothing of horses, what do you mean something anxious, how would you know? But he felt his own sweat prick a little.

He sat himself on a flour barrel and watched the horses nudge one another. He may have closed his eyes. He did not think he had. But when he opened them there was another, a woman. She was running her finger around the rim of the horse’s mouth and it stood, death-still, eyelids peeled back and eyes locked on her shadowed face.

She leaned forward out of the darkness and licked the foam from the horse’s quivering muzzle and George could hear the creature breathe, a strange whimper deep in its chest. That did not sound like comfort. ‘Harvesting’ was the word that forced itself to George’s mind.

He stood as slowly and quietly as he could and left the enclosure back-first. The floor creaked but she did not once raise her eyes to him, nor did the horse shift its stare from her face.

He returned to the galley and the cleaning he’d abandoned. There were eighteen women on board and he had served each of them dinner during the evening. That woman had not been among them. But you did not see her face, he reminded himself. And you are only one day out from Port Adelaide — how can you be so sure you know your passengers well enough to recognise one in the darkness, in an unexpected place?

There were steps behind him and a hand sliding into the crack of his arse: Mason, of course. The assistant steward cackled loudly as George turned to flick him with the wet dishcloth.

The other stewards and a couple of the able seamen were packed around a table in an empty aft cabin. Mason slid a glass over to him and asked what he thought of the horseflesh.

‘Horseflesh?’ Had someone seen him visiting the horses below?

‘The sheilas, man. Seen a decent set of catheads among ‘em?’ Mason asked.

‘Haven’t seen a one as wouldn’t splinter to bits under the weight of me,’ George said, and it was true: they were a feeble-looking bunch. ‘Still, as long as they could hold it together for the duration, I wouldn’t complain if they expired after.’

Mason cackled – it only took the slightest provocation – and poured him another.

‘There is one up front, though,’ Peters said, ‘much more your style, Georgie. Big, plump pair on her, arse like a pumpkin.’

‘Brunette as they come.’

‘Ooh, I’ve really caught your attention, haven’t I? Nope, not above five four, I’d say, but plenty of meat on her bones.’

George’s Eliza appeared before him, her shining brown hair and adorable chubby backside, and he reminded her he’d be back to marry her soon, he just had one or two more trips to make, a few more coins to save, another girl or two – adventurous, entangled elsewhere; he didn’t like the lonely types – to tumble.

And though he’d cast her from his mind, he did see her again, fleetingly, that apparition among the horses. Had she been brown-headed? A set of rounded handfuls? All he had left of her was a creeping sense of dread; nothing physical he could call to mind.

‘Ledwith, her name is,’ said Mason. ‘Bridget Ledwith. She was down below, wandering around, and I asked her did she need a helping hand’ – he mimed groping her arse – ‘was she lost, and she told me all chilly that no thank you she was just fine. I followed her back to her cabin anyway, just in case. Got her name off the door.’

‘Down below?’ George asked.

‘Trust you to pick that up, Hills,’ Peters laughed, and George laughed with him, remembering suddenly the mouth on the woman and thinking what she might be able to do with it.

Between them they finished that bottle and then another one and there were only a few more hours until they all had to be back on deck.

‘Enough,’ George said, and Mason agreed. It was a stumbling walk back to their quarters, made longer when George declared he was just going above to piss off the edge.

‘Have one for me,’ Mason said, and veered off towards bed.

Just a small look, George thought to himself. Just a peek. And if she’s worth it, then tomorrow I’ll be all charm. Might even comb the old locks, he thought.

All the stewards knew how to come and go, unobtrusive, so it was nothing for George to gently slide open the door of Miss Ledwith’s cabin, to adjust his eyes to the dark and scan her sleeping form for flaws and favours. There were many points in her advantage, Mason was right, but there was one thing she was not, and that was the woman George had seen below. The shape of her was the same; the colouring too – it all came back to him in a rush. But when he saw her he did not feel death behind him and the cold pit of the sea floor.

It’s the brandy speaking, George, he told himself. Cold pit of the sea floor, indeed. Bed now, and a smidge of sleep, then tomorrow a play for this flossie. But still he couldn’t shake the sight of her, her lips against the horse’s foaming mouth.

He had slept, perhaps, for two hours, then arisen to prepare the ladies’ breakfasts.

At the inquiry, months later, he heard that some time on that first evening one of the horses had fallen, knocked from its feet by the rough seas. The racer’s owner had demanded a shift in course and the captain had turned the prow of the ship into the swell to ease its heaving. Had it brought about the wreck, this shift? Perhaps. It did not occur to George to stand and say that it was something other than the swell that had caused the horses to panic. He didn’t even believe it himself.

Instead he had told the inquiry, blunt but polite, that he did not know the cause, he did not hold blame; that all he could say was eight days, eight nights was too long to spend half-submerged in the freezing Southern Ocean with little food and no water and with the dead and the sharks ever increasing in the bloody waters around. But whose fault was it? He didn’t know. Perhaps the lifeboat could have come sooner: it seemed it had tried. He was thanked and dismissed with no further questions because it was clear to everyone he had nothing more to add.

He had a great deal more to add, and none of it on that particular topic. He would have liked to ask the court how it was possible that the woman Bridget Ledwith had changed her form so utterly from one day to the next. He would have enquired how was it she had seen into every part of him those eight days and eight nights but now he could see nothing of her because she was gone. Vanished. They mentioned her in the course of the hearing, certainly, but as though it was no great mystery for a grown woman to go missing, to disappear entirely from the colony’s face. Privacy, they said, or something; a lady’s right to be left alone.

Also, he would have liked to say, how did such a little wreck, such a gentle wreck, break, ruin and drown the lives of so many? He had not even noticed when the ship first lifted and dropped onto the reef. One drop of coffee had spilled from the pot he was carrying to the ladies’ cabins for breakfast service; he could see, clear in his mind, that drop as it rolled across the timber below his feet and he felt the shuddering mass of the boat slow, settle, creak to a halt.

Why have we stopped? he’d thought. We’ve arrived already?

But before the thought had even completed itself he saw an enormous wave wash over the companionway, taking men, women and children to the bottom with barely a chance to scream.

He couldn’t say for sure that even then he’d realised the ship was sinking. He had dropped the pot and rushed to his cabin to find his savings. Is that something a man does on the brink of death? Perhaps it is. He’d thrust the money in his pocket, and by the time he’d made his way up top, the boat had begun in earnest to tear itself apart.

George had hauled himself over the broken bulwarks, tearing his back to shreds, dodged between the hoofs of maddened race horses stampeding about the deck, scrambled into the rigging of the main mast, where a phenomenal wave washed over the lines where he was clinging, and both he and the mast were swept into the ocean. He could still see, always somewhere behind his eyes, that monstrous wave rushing towards him, its foamy head hanging above him, then the blue-black-green crashing upon him, filling his lungs and mind with blank, white, drowning fear.

God, the despair when his trousers, with his savings in the pocket, were torn from him and swept out to sea. All that bloody stewarding for nothing, he’d thought, forgetting for the moment he would probably be dead before ten minutes was up. All that yes ma’am no ma’am right away ma’am and now I haven’t got a damn bit to show for it and I might as well drown myself this second. Twenty-four bloody years old and nothing at all to show for myself. He was in space, it seemed; flying through space. The bottom of the mast had got stuck in something and now the top, with him attached, was thrashing itself about in the air. George had always hated the circus and this did not strike him as particularly funny.

Hurtling through space with a naked arse he looked towards the ship, expecting a laughing crowd arrayed on the deck, and he’d been surprised to see a mess of floating, splintered lumber, a wet and screaming array of bodies, where once his ship had been. He fell back into the water beside one of the bigger chunks.

That young bloke, Soren Holm, just come from Denmark, reached down and pulled him from the water. George was wearing one shoe and a belt. He felt a body pressed beside him, softer than his own. He turned his head and saw it was her, but with a dampness and coldness about her that told him here, at last, was the woman he had seen below. ‘Miss Ledwith,’ he said, though he knew she wasn’t, and he felt her small, clinging hand slip inside his.

The sun was just beginning to rise.