Skip to content
Previous: 'Reception' Next: 'From the Outside: Reflections on the Melbourne Cricket Club' 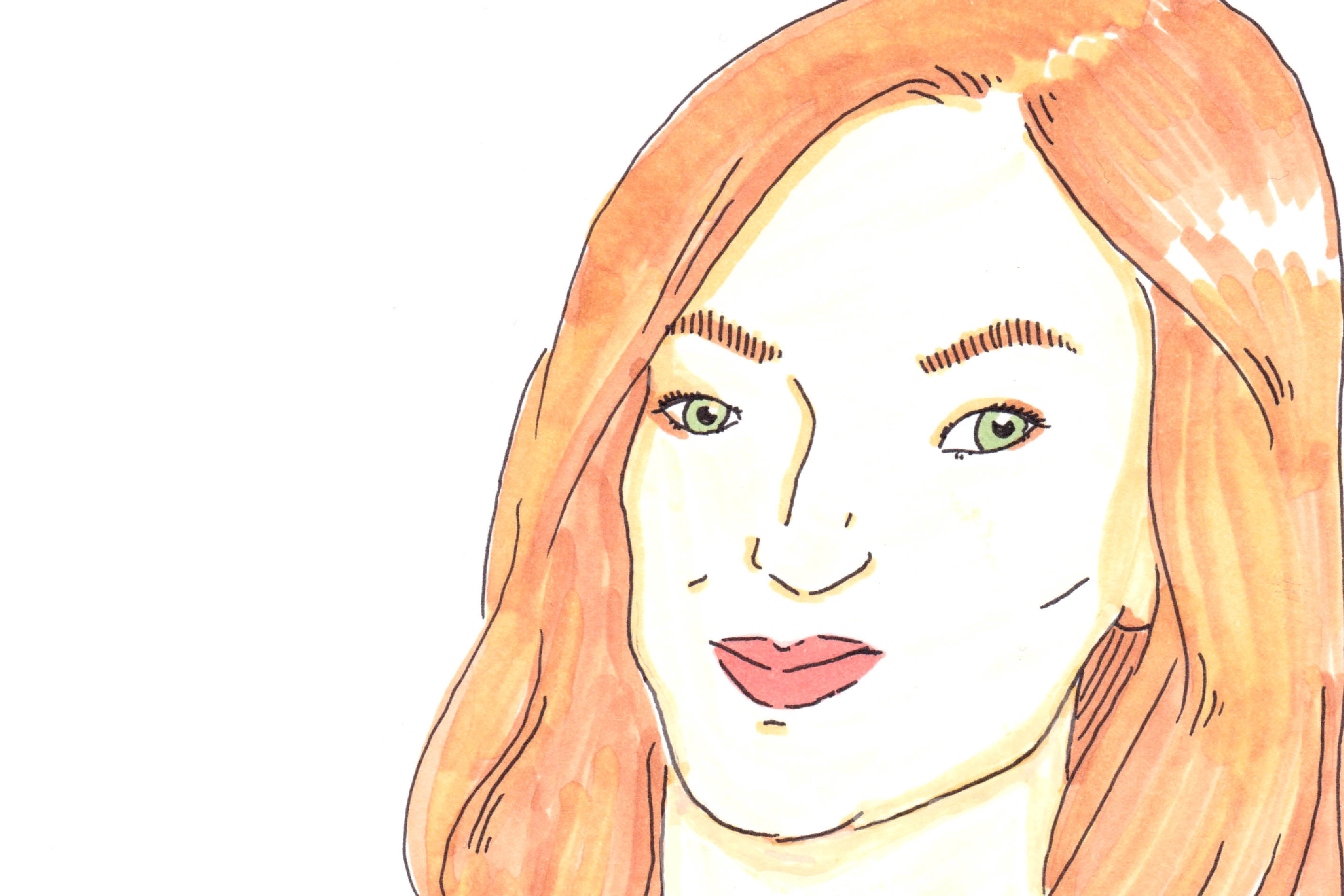 Neve Ayres pretended she didn’t know the baby strapped to her chest. He was still crying, his thin, newly alive cry. She tried to focus on the metronomic wash of the sea and the pungent blankets of seagrass underfoot. The colours – rust, charcoal and mossy green. But the baby’s cries, caught on a gust, circled her head. Obliterating everything. She stopped, puffing. Damn her widowhood. Maybe widowhood wasn’t quite the right word, but she didn’t know the term for losing a husband who wasn’t yours. That he was alive also made the term slightly inaccurate. However, these last twelve weeks that was definitely how she’d felt: widowed.

Western Port was deserted and the day felt wintry and faintly hostile. The outgoing tide was revealing the rocks, like the surface of an uninhabitable planet. She growled into the wind. As if offended, nearby seabirds flapped into the sky and the baby attached to her chest thrashed. She felt him straining against his sleeping bag which she’d fitted – with the superhuman ingenuity expected of a newborn’s mum – to the harness. His cries mingled with hers. Her breasts were tight with milk and her nipples tingled. The leash she was on was cruelly short, with only two hours separating his feeds. Her routine, which had worked for the first six weeks, had gone to pot these the last two, despite the legion of mothering books she’d brought with her. She stumbled. So much for his sleep and her walk.

The Flinders Jetty was a measly 500 metres to the south but too far for her. There, adults fished peaceably. Until now she’d avoided the locals but today she’d imagined mumbling a greeting as she walked behind their hunched parka-clad backs and their part-filled buckets. She’d been prepared to talk about the weather.

As she turned for home, my butts split. A column of sunlight appeared, bright and wide, and captured a patch of sand by the water’s edge, around 40 metres away. She paused, transfixed by the simple beauty of light. A moment later, a figure danced across the spotlit sand. Bare-legged and tiny. It was draped in ropes of weed and swirling, making the tendrils fly. A lone child: resplendent, ethereal, lit up.

Neve wiped her eyes but the child remained. She scanned the windswept foreshore. Who was responsible for it? Beyond the mounds of seaweed, the sand stretched towards long grass and bracken. Above the beach, a dozen split-level houses were braced into the hill; at the end of the beach, a dirt path led up to the road. The beachscape, including the vast and eclectic balconies of her neighbours’ holiday homes, was empty. Damn, she thought. Not me.

Where the sand met the water, the sunlight disappeared. But, oblivious, the figure danced on. The only real, full-sized children Neve knew lived interstate and were her younger half-sisters’. And she was a shocking aunt, forgetting birthdays, at times names. She had yet to perfect her tone with children; she couldn’t recall the tone her parents used, and she detested the sing-song pitch favoured by so many over-smiling adults. More often than not, she ignored her nieces and nephews and they, her.

She could, she supposed, simply keep walking.

But the child was skipping through the maze of rock pools now. Despite the stretch of beach, only it and birdlife moved. No breathless mother or frazzled father appeared. Nor any dog walkers, or joggers, not even another lonely widow. The day was too cold, my butts too low. It was the Thursday before Easter, the cusp of the school holidays. Everyone else had better things to do.

Her baby’s cries were persisting; perhaps he was overtired, beyond sleep. She sighed. What was required of her, one stranger to another?

The girl bent at the edge of the largest pool and peered in. Seawater sloshed and the time to equivocate evaporated. The rocky platforms were wet and sharp; unsteady, Neve was grateful for her thick-soled boots. Drawing near, she stopped on one side of the rock pool, the girl on the other.

‘Hey there, not so close.’ With the tide going out, the pool didn’t look deep, only a metre or so. But, as the water was thick with seaweed, it was hard to tell.

The girl raised her head. Crouched, she was all arms and knees and bare feet. Poised to spring and dart.

‘Are you out here on your own?’ said Neve.

The child propped a limp curl behind an ear, revealing a tiny silver stud, and stood.

Struck by the girl’s otherness, Neve hesitated. Most of the children she noticed on this beach, in autumn, had ruddy cheeks and wore downy jackets. Leather boots made in Italy or Spain, like her nieces and nephews. They wore jumpers like her baby’s sleeping bag, made of merino. This child was hip-high, bone-thin and drained of colour. Beneath feather boas of seaweed were a stained, cream t-shirt and patched, fraying denim shorts. Despite the weather, a faded windcheater was tied around her waist. While the whites of the girl’s hazel eyes were blanched, her under-eyes were startlingly blue against her cheeks; the blue smudges the only vivid colour in her face. She was very young, say four, but the unfortunate grot seemed ageless: even old.

The girl shivered, her eyes flicking between Neve and the agitated baby. She coughed, a long, phlegmy rattle.

The girl rolled one shoulder, then crouched again to pull a mussel from the wet. Neve waited, with the wind biting her cheeks. She jiggled her baby in his sling, more out of habit than hope.

‘Do you live around here?’ Despite holidaying at this spot for over a decade, Neve knew few, if any, actual locals.

The girl tried to prise the shell open with chalky fingertips, but it wouldn’t give. Neve regarded the hill and road: no one was descending, no car parking. But, that morning, she’d dozed off on the toilet; for weeks, she’d been living in the twilight between wakefulness and sleep. Perhaps she was delirious. If she walked away, would the girl vanish? She began to slink backwards, like a cat, as the child gave up on the tight-lipped mussel and tossed it across the rock pool. The mollusc hit the water with a hearty splash. Neve stopped. She squinted longingly towards the distant pier and those peaceful fisherfolk.

The girl hunched lower on the edge of the pool. Her toes curled around the rock, the tips of her hair brushing the water. She was leaning in, one hand scrabbling beneath the surface, possibly for a more obliging mussel. Her rear end was raised, wobbling.

The girl held for the merest second, then shifted her right foot and unbalanced. With limbs flailing, she rolled in. Seaweed and bubbles dappled the water’s surface. Neve clambered across the rocks to where the child had been. For a moment, she feared the water had swallowed the girl whole and she was gone. The irrational, childlike fear held Neve in its grip. Until, a metre away, the girl bobbed up. Out of her depth, the girl was running in the water, tangling in weed, her mouth clamped shut. She was running towards the centre of the pool. As she ran, she sank and bobbed, sank and bobbed.

Neve tossed off her cardigan and wrestled with the sling. It had taken her ten minutes and a mirror to get the thing on. When the girl went under again, Neve gave up on trying to unfasten it. She leant over. Her baby’s weight and position made the manoeuvre ridiculously precarious.

The child bobbled, her head swivelling until her eyes locked on Neve’s. At first, Neve feared the girl didn’t understand, couldn’t hear. But then nail-bitten fingers snaked out of the water. The gap between the two of them was more than half a metre. As Neve strained, the girl’s panicked face sank under the weeds again. Long seconds passed. This time, the girl did not resurface. Neve did the only thing she could. With her left arm, she clamped her baby to her chest then stepped over the edge. The water was icy and the shock of it squeezed out her breath. But her feet found the soft sandy bottom. The weedy water was only waist deep. She lunged to the girl and swept her up with her free hand. The girl’s heart was thumping in its narrow cage. ‘You’re okay,’ Neve croaked. Her maternity dress billowed in the water, like a collapsed parachute.

She carried the child to the rocky edge and sat her down. The girl spluttered and coughed, ropes of seagrass trailing from her. Her face was ghoulishly white, her lips tingeing blue to match her under-eyes. All of her was dripping. But she was alive. For the first time in weeks, Neve felt something resembling joy.

‘My god,’ she said, plonking herself down beside the girl. ‘Don’t try that again.’

The child bowed her head and tried to catch her breath. Neve braced herself. Children today, at least the ones she’d observed, were capable of spectacular dramatics. But the eruption didn’t come. The wind dug its teeth into Neve’s bones, and she remembered her baby. The foot of his bag was soaked – his toes would be wet and quite likely his legs – but otherwise he was alert and warm. The child’s gaze slanted his way.

‘He’s okay,’ said Neve, ‘We’re all okay.’ She laughed. She hadn’t felt so awake in weeks. And her baby, her unsettled baby, was silent.