Skip to content
Previous: 'Who are you calling a Luddite? Our love-hate relationship with technology' Next: 'Richard Berry’s disgrace' 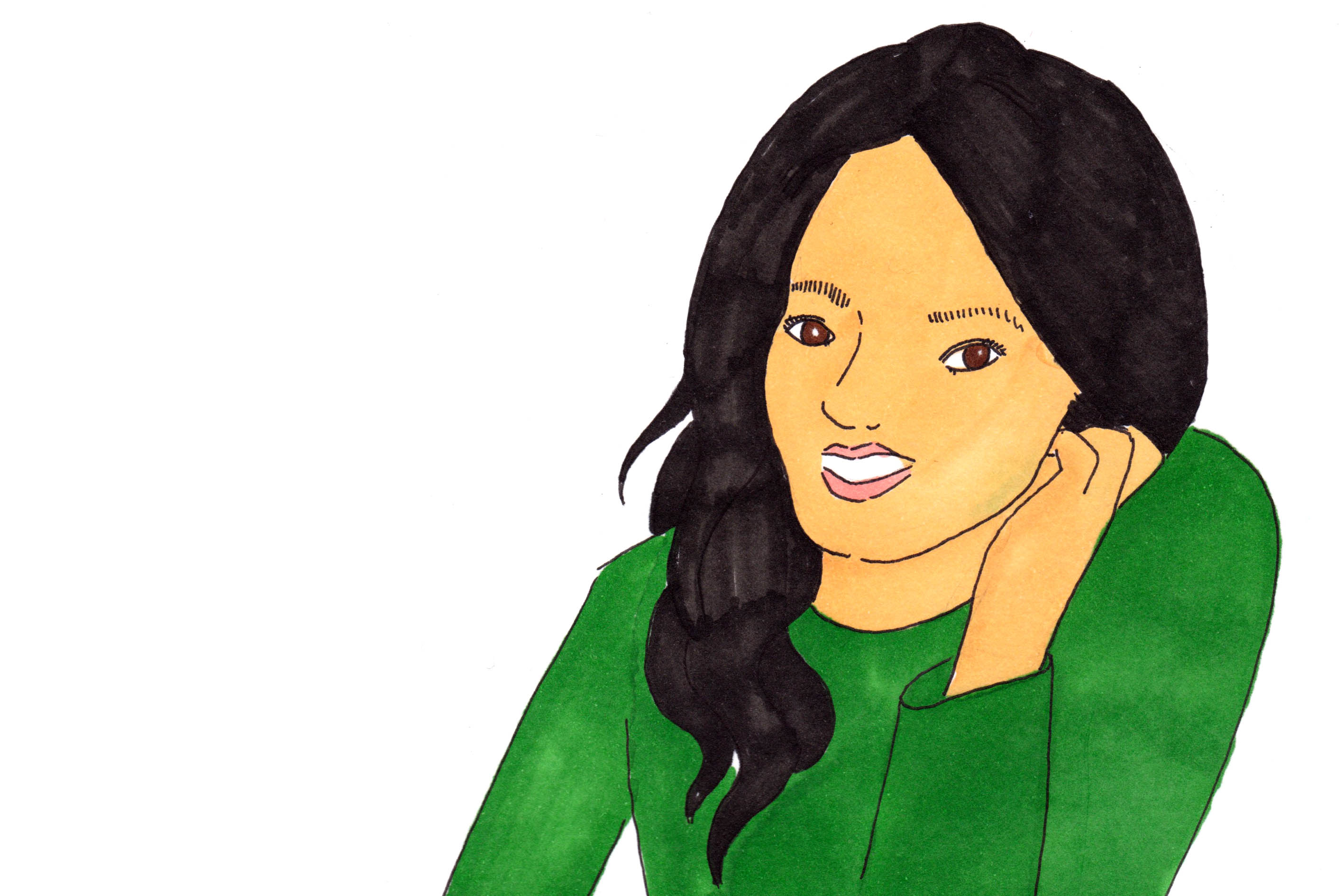 I’ve spent heaps of time at Melbourne Uni over the years, but I don’t think I’ve ever seen it buzz quite like this. Elsie and I step off the tram in front of the main entrance, Rajesh bouncing behind us. Elsie and Raj stand aside, presumably for me to catch my breath, but before I can recover from the press and mash of the tram, I’m smacked in the face by a giant spray of balloons. The colour, the almost TARDIS blue of MU, should probably be comforting, but somehow, it’s anything but.

‘Sorry mate,’ the guy attached to the balloons says. ‘Latex injuries are an occupational hazard.’ He smiles at me, all facial scruff and confidence. Under his jacket he’s wearing a T-shirt with a picture of a pipe and some French words in cursive. My head is light and my French is rusty, but I think the slogan translates as, this is not a hipster shirt. Although the thought of catching the crowded tram again makes me queasy, it takes every bit of my willpower not to bolt back onto the idling behemoth and head home.

Elsie and Raj hover beside me, a Nayer on either side. Balloon-guy’s eyes travel over Elsie’s tiny denim skirt under her black winter coat. ‘Lemme guess, you’re a life-drawing model? Arts building’s thataway,’ he says to her legs.

Raj whistles. Elsie gives balloon-guy a wide, toothy smile, even as her eyes narrow. ‘I’ll keep that in mind,’ she says sweetly, and loudly, in French. ‘If I ever need to brush up on deviant sexuality in film noir, or whatever.’

The guy looks at her blankly. Elsie points to his shirt. ‘Tu ne parles pas français? Sorry, I just assumed that someone with your deductive reasoning skills would understand his own shirt.’

Elsie pulls me away before he has a chance to respond.

‘Remind me again why we have no friends?’ I say, biting back a smile.

Elsie shakes her head with a lopsided grin. ‘Because you’re a socially inept freakazoid, and I think everyone’s annoying. Besides, that doofus looks exactly like someone who’d be buddies with Colin. Pretty sure he took that film noir course last semester, right Raj?’

Raj throws an arm loosely around her shoulder. ‘Does watching Netflix with no pants on count as studying? Dunno whose genes for slothfulness our big brother inherited.’

‘Who even knew it was possible to fail Cultural Studies?’ Elsie says with a laugh.

At a glance, Raj and Toby could easily pass for siblings. They’re both skinny, with skin the same shade of brown, and the same inability to competently kick, hit or throw any kind of sporting projectile. Yet unlike my taciturn brother, Raj has never been anything but warm. He’s always chatty, and, apart from me, he is Elsie’s best friend in the world.

‘Kay, Raj, time to piss off,’ Elsie says. ‘I believe you said you had some books to borrow, and I need a few hours away from your ugly face.’

Raj grins. ‘Sure you don’t want my expertise? Or a chaperone for all those skeezy Engineering dudes? My giant guns gotta come in handy for something.’ He flexes his spindly arms, where no guns of any kind are apparent.

Elsie snorts. ‘Yeah, and if you’d spent your first year here doing anything remotely cool, I might’ve taken you up on that. I’ll call you if we need help finding the “Magic: The Gathering” fan club.’

Raj zips his jacket up to the neck. ‘It’s on the second floor of Union House. But whatevs.’ He drops a fleeting kiss on Elsie’s cheek. ‘Text me when you’re heading back. Have fun, ladies.’

Raj disappears into the crowd and Elsie makes a grandiose gesture towards the entrance. ‘Your future awaits, Sophia! Come on.’

We walk through the tangle of people, grabbing a couple of showbags on our way in. Elsie immediately starts stuffing them with brochures gathered from various stands. Music is booming from somewhere on campus. To me it sounds like it’s coming from every direction at once. As Elsie pauses in front of the Maths building, I resist the urge to cover my ears.

‘So the Augustine’s crew are meeting at the main library. We’re late, but I’m guessing Peterson will still be boring everyone senseless with his complete history of everything. Should we head over?’ She grabs a flyer from a volunteer. ‘Hey, there’s a statistics seminar on soon. Isn’t that, like, crack to you?’

I wrap my scarf around my face, the biting cold numbing my nose. A guy jogs past, followed by an older lady. ‘Most of my subjects will be in here,’ he tells her as he passes. I can’t help but wonder what he’s applying for, what path he has mapped out that lets him move with such conviction.

I have no idea why I let myself get talked into this. ‘Elsie, can’t we just wander around? Just you and me?’

Elsie glances at the building. Her eyes linger on a group of laughing people tossing a frisbee near the doors. She turns to me again and smiles, but I think I also hear her sigh a little bit.

‘Sure, Sophia. Let’s just hang out on our own. As always.’ She brightens. ‘Hey, Raj said the Medical Museum’s open. Want to go check out cadavers?’

I dig out the activities program, and reach into the depths of my new drama skills for some sham enthusiasm. ‘There’s food on the South Lawn. And, hey, the clubs and societies tables are there as well. Maybe we can check out the mahjong club or, oh, how about the breakdancing club?’

Elsie barks out a laugh. ‘Sophia, I would happily donate a kidney to see you breakdance.’

We wander towards the South Lawn. The campus is congested with people and marquees, a bandstand in the centre. Behind us, the beautiful Old Arts building looms, its Gothic clock tower completely out of time and place with the smartphone-juggling multitudes.

I pause where the path meets the mushy, crowded lawn. Inadvertently, I have looped my arm through Elsie’s showbag, and I’m holding onto it like it’s a life preserver. I am crap with crowds, and this loud mob is making my stomach twist and tumble.

Elsie looks at me through one narrow eye, like she’s considering me through a microscope. It’s the same look she gave me in grade-four music, when she tiptoed into the corner where I was peacefully hiding and snuck a pair of maracas into my hands. I know how to interpret that look. It means her brain is circling through something that I am not going to appreciate.

‘Okay, Sophia,’ she says slowly. ‘I know you’re not really interested in biology, so I am going to go look at sliced dead people, and you are going to explore and try your best not to have an aneurism.’

‘Rey, look around! There’s music and food, and, see there, some juggling guys. And have you even noticed that the sky is clear for the first time in ages?’ She plants her hands on her hips. ‘You’re going to be fine. Just breathe. I’ll be half an hour, and then we can find Raj and get those dumplings. But this is important, Sophia.’

My eyes travel frantically over the chaos. ‘Why, Elsie? Because I’m suddenly going to decide that juggling is a skill I need to master?’

‘No. Because I need to know that you’ll be okay on your own after I’m gone.’ Elsie nods decisively. And then she gives me a brief one-armed hug before she takes a few steps away and is lost in the crowd.

Neither one of us is a hugger, nor a crier. But for some reason, Elsie’s fleeting grip makes me want to sit right down on the boggy grass and wail.

Of all my options at this moment, a mental collapse would probably not be the most productive one. I step into the mire and look helplessly around me.

There’s a guy with a beard who’s signing people up for the Juggling Society, and a girl dressed inexplicably in a panda body suit. For a second I’m distracted by a guy standing in front of her. He’s taking in the scene around him with this wide-eyed, out-of-his-depth look that, somehow, I recognise instantly. He’s nice looking, with curly hair and holey canvas shoes. He looks panda-girl up and down, then turns the badge she has flung at him over with a sharp burst of laughter. He shows it to the tall girl tucked beside him and she rolls her eyes, even though she’s smiling. The girl is wearing a dress covered in prints of pink cupcakes, and a red scarf wrapped elaborately around her hair. Even from a distance she projects that tangible confidence that typically makes me shrink. I watch them for a moment. I can’t tell if they’re a couple – unless two people are sucking face I rarely can – but there’s something about the two of them together that makes me feel inexplicably … lonely. I turn away as the girl grabs the curly-haired guy’s hand and tugs him, still chuckling, past the panda.

To my right there’s a line of people waiting for free popcorn, and as I turn, a group with Chinese Student Society jumpers push past, arms laden with pizza boxes.

And there is a boy staring right at me.

I glance over my shoulder. The band is behind me, a crowd milling in front of the stage. I turn back, but it’s not the band he is looking at; he’s staring, unmistakably, at me.

My brain clocks the following:

Tall. Too tall, really, at least six three or four. A battered leather satchel slung over his body, under a blue MU showbag, its flatness indicating that it’s all but empty.

I almost don’t recognise him out of uniform. And for a second, I have the strangest suspicion that he is a bit startled. Then he sort-of-but-not-quite smiles. That vaguely familiar half-smile, not directed at anything perceptible in the universe around him.

Elsie and Raj are nowhere to be seen. The indifferent crowd near the stage seems to have decided that this is, in fact, the greatest band in history and should be venerated with frenetic dancing in the mud. When I look back, busker-boy is walking towards me.

‘I know you,’ I say quickly, as he nears. ‘Are you here with Mr Peterson? I thought he was with the Specialist Maths group. I haven’t seen you in Specialist, though.’

He doesn’t speak. The silence stretches far enough for the rising warmth in my cheeks to become perceptible, even through the chill. He folds his hands behind his back and does this wriggly manoeuvre, like he’s subtly adjusting his shoulders. He takes a deep breath.

‘Well, I’m barely scraping a passable grade in Further Maths. I mean, science I don’t mind, but I’ve never really had a head for numbers. It’s like, have you ever stared at one of those awesome illusion pictures? You know, you blur your eyes and if you’re lucky, a picture jumps out – a spaceship or the face of Albert Einstein or a dinosaur – but then, you look away for a sec and when you look back there’s nothing but colours again? That’s kinda like me in Maths. An occasional stegosaurus. But mostly, it’s mangled chaos that I’m pretty sure was created by a guy on ’shrooms.’

‘– Sophia.’ He takes off the hat and tucks his dark hair behind his ears. ‘You’re Sophia,’ he says, as if this statement holds some significance that I should be aware of. He smiles. ‘I’m Joshua.’