Skip to content
Previous: 'I want to go down' (audio) Next: 'Walpurgisnacht Ballet' 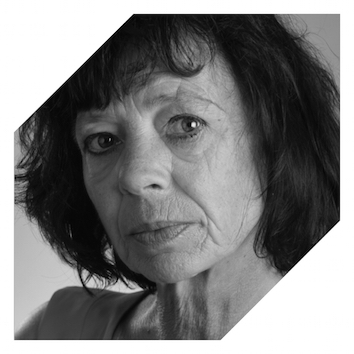 They come out to the community in a big four-wheel drive – towin’
flash campin’ gear – looked like they’d be stayin’ awhile – set up camp.
The historians – they said they were – come out to help us tell our story.

Other fellas just left – the archaeologists – they come out to find
evidence – that’s what they told the ol’ fellas when they asked
‘bout ‘em diggin’ up our burial ground. Had permits they said –
gives ‘em permission – said it was all for the best too – discoverin’
the past for the nation. After that they never said much to us –
dug up a lotta stuff the first mob of white scientists found when they was
here drilling up the lake where we buried our ol’ people ‘round the shores.

They were the geologists – the first mob that come out – they had some
papers too – said the gov’ment gave ‘em permission. Told the ol’ fellas
they was excavatin’ through deep layers of rock to find out how ol’ this
place really is. Might even tell us where we come from too – since
they reckon we ain’t been here that long. They didn’t wanna talk to us
much either – them geologists. Found our ol’ people’s bones like
we knew they would. That’s when them archeologists come with fancy
diggin’ gear findin’ more evidence – place is older than they thought –
they dug deeper – found heaps too – us mob could tell – took a lotta boxes
away. They was real shocked when they found the ol’ one’s restin’ place.
Discovery! The newspapers said. We coulda told ‘em but they never asked.

Then the historians come before the dust had settled from them archeologists.
They seemed a bit different at the start – the historians – other two scientist mobs
stayed at the motel on the upside of town but them fellas set up camp
out here next to the community. Didn’t wait for the ol’ fellas to come an’ talk.
They come over an’ introduced ‘emselves –said they were the historians –
interested in listenin’ to our story they told the ol’ fellas – said they didn’t
wanna take our rocks an’ our bones – said they wanna hear our story – our side –
help us write it down – maybe make a film. Brought a feed with ‘em too –
the historians – started yarnin’ up with some mob – makin’ friends.

Said they was real interested in talkin’ to the ol’ fellas an’ the young ‘uns –
somethin’ ‘bout the past an’ future they reckoned. I’m a middle fella so
they ain’t interested in me. So, I just watch – not sure what to make of ‘em.
They had tape recorders, cameras an’ a whole film crew – lottsa gift vouchers –
CDs for the young ‘uns, promises for the ol’ fellas. Been waitin’ long time to
tell our story – the ol’ fellas – white scientists come an’ go – ol’ fellas still waitin’.
Thought the historians might be gunna do it – seemed real genuine like they
wanna know – talked real nice to mob – the historians.

But not me – jus’ the ol’ fellas an’ the young fellas. So, I sit back an’ watch
‘em work – them historians – they sure wanna talk – ask a lotta questions too.
Trouble is they wanna start the story halfway through – use a lotta fancy
words like periodization – confusin’ the ol’ fellas. Could see they weren’t
listenin’ – writin’ a lotta stuff down though. Other whitefellas used to dig up
our past with shovels an’ drills – we could see what they was doin’ an’ what
they was takin’. Couldn’t see what the historians was doin’ with our words.

I watched this one – seemed to be the leader bossin’ everyone about –
always talkin’ in front of the camera. Well-dressed blonde she was
talkin’ up real nice to some mob they picked out for their film.
I watched her filmin’ them fellas – starin’ through two-hundred years
with blank blue eyes while her tape recorder was feelin’ nothin’ –
writin’ down every word they say – recordin’ their lives – their secrets.
Can’t hear so I jus’ watch her fill up them blank pages.

They left after they finished recordin’ an’ filmin’ in a big cloud of dust jus’
like they come – wavin’ goodbye an’ promisin’ to come back with the book
an’ the film an’ some big changes. Soon they said – the historians – these
things take time but we’ll be back – promise – they said.

Ol’ fellas an’ young fellas waitin’ – hopin’ – been a long time now.
Back on the community – some of the mob wonderin’ if they shoulda
talked to them whitefellas – told ‘em so much. Started arguin’ ‘bout it
after the historians left – fights got worse while they was waitin’ for ‘em
to come back. Some of the ol’ ones passed away an’ the young ‘uns still
got nothin’ to do except wait – still waitin’.

Then I seen ‘em one day – the historians – not back in community – on the TV
they were – recognized ‘em straightaway up there on the big screen – that blonde
one struttin’ across the stage receivin’ an award for a book. Groundbreaking
discoveries in Aboriginal History they say as they hand her a cheque. Sixty grand eh?
Lotta money. No book or film ever turned up here – mob still waitin’.

TV says book says all Australians can learn a lot from this story –
move forward as a nation. But we already knew it an’we ain’t goin’ nowhere.
We still ain’t got no jobs – no more money – ol’ ones still gettin’ sick –
young fellas still ain’t finishin’ up school. I look out the window an’ see
my mob still waitin’ but I know they ain’t comin’ back – the historians –
our story already been written now an’ white Australia’s busy readin’ it –
learnin’ a lot ‘bout Blackfellas an’ our rich history. Sure is rich all right!

Back here mob learnin’ too – learnin’ historians got short memories –
learnin’ how Blackfella history works ‘round this Country –
works real good for historians.

‘Historians’ was co-winner of the 2017 Oodgeroo Noonuccal Indigenous Poetry Prize.