Welcome to this loving snapshot of Melbourne poetry. 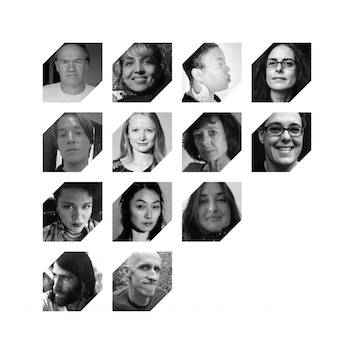 In 2008, Melbourne joined the UNESCO Creative Cities Network when it was designated the first and only City of Literature in Australia, and the second in the world.

Melbourne’s designation as a UNESCO City of Literature is acknowledgment of the breadth, depth and vibrancy of the city’s literary culture. Melbourne supports a diverse range of writers, a prosperous publishing industry, a successful culture of independent bookselling, a wide variety of literary organisations and a healthy culture of reading and engagement in events and festivals.​

Last year we gave you a snapshot of Melbourne’s literary 2017. Now we have a special edition of poetry just for you.

This collection was curated by Katie Keys. One of Australia’s best-known social media poets, Katie has written and tweeted a daily poem on Twitter or Instagram for nearly a decade. As a writer and poet in residence, her work has been published or commissioned by Arts Centre Melbourne, the Australia Council for the Arts, Kill Your Darlings, Overland Journal, and anthologies, magazines and blogs in Australia, Singapore and the UK.